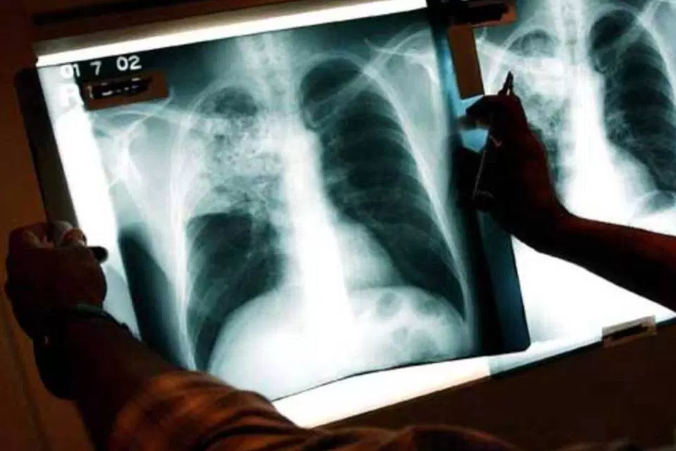 In Brazil, the numbers of recent years point to a deceleration both in the number of diagnoses and in mortality from  tuberculosis .

But the number of new cases of tuberculosis each year is still considered high, especially among the most vulnerable populations, such as indigenous people, people deprived of their liberty and homeless people.

About 75,000 new and relapsed cases of tuberculosis were recorded in the country in 2016.

The amount corresponds to approximately 200 cases per day in the country. It is estimated that of this total, approximately 6 thousand people (8%) are living with HIV.

Worldwide, about 10.4 million people were infected with tuberculosis in 2016, with 10% of victims having HIV.

Brazil has a third (33%) of the entire TB burden in the Americas and is in the group of countries that account for almost 40% of all TB cases in the world and about 34% of HIV co-infection cases. The data worries the WHO, which has seen with “care what tuberculosis is causing in the country”.

“Although in the last 15 years there has been a drop of approximately 2% of cases per year, it is still a very high number. There are 70,000 cases a year, so PAHO is very concerned, although it is considered that there is a good perspective of control”, said Fábio Moherdaui, national tuberculosis consultant at the Pan American Health Organization (PAHO).

This week, Agência Brasil publishes a series of articles on the simultaneous infection of people with the HIV virus and the tuberculosis bacterium. Less than half of people with both infections take antiretrovirals.

Tuberculosis is directly linked to social challenges, such as poverty, misery, exclusion, invisibility and prejudice.

In addition to HIV-positive people, indigenous populations, prison populations and homeless people are among the most vulnerable to contracting the disease.

Homeless people are 56 times more likely to contract tuberculosis because they combine different vulnerabilities, according to the World Health Organization (WHO).

“The poorer a person is, the greater the risk of acquiring tuberculosis. The indigenous population, at bedtime, goes to the maloca, starts the fire and everyone is huddled, breathing the same air. And then there’s the issue of smoking, or smoke from the campfire, which reduces the lung’s ability to protect itself against infection. In the homeless population, they are often malnourished and with low immunity, and if you associate this with the person who uses crack, or who has HIV, then there is a full plate for tuberculosis”, explains infectious disease specialist Rafael Sacramento, member of the Doctor Without Borders Organization.

Data from the National Penitentiary Department (Depen) show that people deprived of their liberty, despite representing about 0.3% of the Brazilian population, correspond to 9.2% of tuberculosis patients in Brazil.

Specialists explain that most of them arrive infected in prisons, because they were already living in a situation of vulnerability and poverty before starting their sentence.

But the chance of developing the disease increases inside the prison due to the unsanitary conditions of the environment.

“People live together, breathing the same air, with little ventilation, with little sunlight, and this also favors the spread of tuberculosis inside”, describes Sacramento.

The Ministry of Justice and Public Security reported that it will launch in the second half of this year an educational campaign in partnership with the Oswaldo Cruz Foundation (Fiocruz) to guide health professionals, agents and family members who have contact with those incarcerated. The idea is to sensitize them to communicate possible symptoms of the disease.

Tuberculosis is characterized by the infection of the so-called Koch bacillus, among other agents, and is transmitted through the air.

In cases where tuberculosis affects other organs, symptoms may vary.

If the patient regularly follows the standard therapy with the four basic drugs, he has a 100% chance of cure, if he is not infected with the resistant type of tuberculosis.

Treatment lasts at least six months and can last up to a year. If you do not adhere to treatment properly, the individual can infect 10 to 15 people within a year, according to an estimate by the National Health Surveillance Agency (Anvisa).

The infection does not always progress to the disease, remaining latent in the body. In addition to people living with HIV, patients with diabetes, smokers or alcoholics, or who have any condition that reduces immunity are also more likely to develop the disease.

The main tests performed in the country to detect pulmonary tuberculosis are sputum smear (known as a sputum test) and culture. They can be done in the public health network.

“We also have the molecular exam. The most common name of the machine is genexpert and it can tell if you have the bacteria in your sputum in two hours and also tell you if you have primary resistance to rifampicin and isoniazid, which are the two drugs used in the basic treatment. If this type of test were popularized and really spread across all health units, we would speed up the diagnosis. And once in the treatment, in about 21 days the person no longer transmits”, says infectious disease specialist Rafael Sacramento.

In addition to the low testing capacity, the doctor also points out that another obstacle to the diagnosis and early treatment of tuberculosis and HIV co-infection is the fear of prejudice due to the stigma that still surrounds the two diseases.

“If we managed to reduce prejudice, people would reveal it earlier, get tested earlier and have access to treatment earlier and earlier, and that would be a great health promoter. Stigma and low testing ability keep people away from treatment, Sacramento said.